Kyle G. Michel is a Columbia, SC lawyer-lobbyist specializing in government policy and related law. His background is primarily in lobbying and providing guidance to clients interacting with state and federal government, which he has done since 1994. Mr. Michel also represents clients before local government bodies in South Carolina. He has considerable experience in budget, energy, economic development, and education issues, but also works in other issue areas including defense, healthcare, transportation, and housing. In addition to policy advocacy, he represents clients seeking government contracts for goods or services.

Prior to forming Kyle Michel Law Firm in 2003, Mr. Michel was Vice President and General Counsel of Morgan Meguire, LLC, an energy and environment lobbying firm in Washington, DC. He founded the firm with a partner in 1998 and expanded it to a twelve-person practice before relocating to South Carolina. At Morgan Meguire, he lobbied on behalf of clients before Congress, the White House, and executive branch departments and agencies.

From 1993 to 1998, Mr. Michel practiced at the firm today known as McKenna Long & Aldridge in Washington, DC, specializing in federal government affairs. He managed government relations projects, including representing Fortune 100 companies on policy matters at the White House.

Prior to practicing law, Mr. Michel worked for two years as a Legislative Assistant in the U.S. Senate and one year in the White House as an advisor on personnel matters. He also worked on three Presidential and two Congressional campaigns, and spent one semester as an undergraduate student in the Tennessee Legislative Internship Program.

Mr. Michel is a member of the South Carolina and Washington, DC, Bars. He holds a Bachelor of Arts degree in Political Science from Texas A&M University. He graduated with honors from the University of Tennessee School of Law. He and his wife Melanie have four children and live in Columbia.” 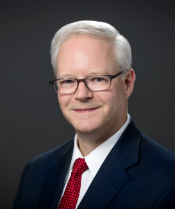